Get fresh music recommendations delivered to your inbox every Friday.
We've updated our Terms of Use. You can review the changes here.

Love's The Only Engine Of Survival 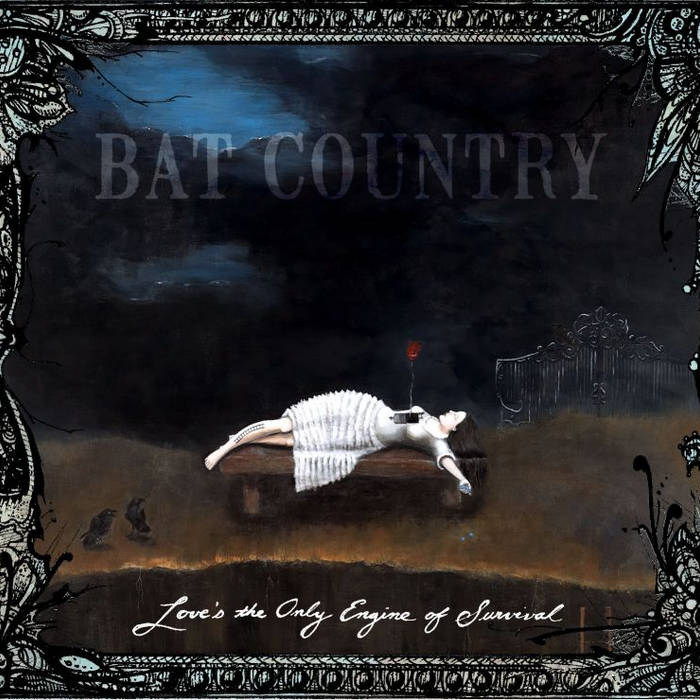 Founded in 2006 by vocalist Melissa Cerise-Bullock and guitarist Mikey Sellars, Bat Country grew to become Seattle's one and only licensed purveyors of undiluted, 100-proof Doom-Americana, a unique blend of raw, yet hook-laden noir-country and neo-cabaret heavily influenced by the creeping existential dread and pretty, pretty melodies of Tom Waits, Neko Case, Nick Cave, and Leonard Cohen.

After losing their bass player, “Meshugunah Joe” Albanese, in the May 2012 shootings at Seattle’s Café Racer, the band made the decision to cease performing live, and directed their energies towards the completion of an album based around tracks they had recorded with Joe before his death.

On June 15, 2013, they released “Love’s The Only Engine Of Survival” - a eulogy to the memory of their friend, and to their time together as a band, celebrating its release in one final live performance at Columbia City Theater in Seattle.

Seattle's one and only licensed purveyors of genuine, undiluted, 100-proof Doom-Americana, Bat Country creates a unique, raw, yet hook-laden brand of noir heavily influenced by Tom Waits, Neko Case and Leonard Cohen. They are currently waiting outside your window with rusty shovels to bury you in the creeping existential dread of their pretty melodies. This is all ye know and all ye need know. ... more

Bandcamp Daily  your guide to the world of Bandcamp